www.cheaphumidors.com has been a partner of the CigaRobbie Radio Program since the beginning and CigaRobbie loves to offer you the listener the best deals on the web. Remember to punch in: C-I-G-A-R-O-B-B-i-E in the coupon box for your additional 10% off your already low, low purchase! Listen live to CigaRobbie on WSRQ Radio 1220 AM / 106.9 FM every Saturday www.wsrqradio.com and listen for CigaRobbie to offer the fifth purchaser on cheaphumidors get's to co-host the program with CigaRobbie, Single Sammy and Eric!

Rocky Patel, will be our guest tomorrow on the show! He will be in our last segment of the first hour and look forward to speak with the hardest working man in the industry. Will talk about his up and coming 15th Anniversary Edition Cigar.

We will aslo be joined by Our Lovely Lady of Stick: Christine Morgan in the second segment of the second hour. Lovely Christine brings a ladies perspective of the industry.

We will also announce the third winner of the Co-host the CigaRobbie Radio Show by purchasing on www.cheaphumidors.com and using the C-I-G-A-R-O-B-B-I-E coupon code! 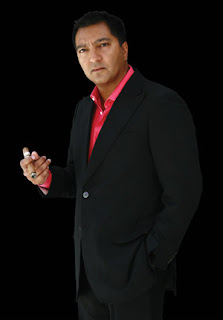 Rocky Patel, listen to him live this week on the CigaRobbie Radio Program WTAN 1340 AM in Tampa
Posted by CigaRobbie Streitz at 11:42 PM No comments:

I'm smoking my Jose Carlos Maduro, A gift from the creator of this fine cigar and a recent friend who I met at a mutual friends wine tasting party last Friday night. I am tooling west down 7th Avenue just as I enter into Ybor I see my good friend Oscar Sanabria, you may now him as the traveling photog from Cigar Snob always willing to catch people loving the cigar lifestyle. Anyway he's standing in the rain in front of a mechanics garage so I pull over pop out of the car, cigar in my month and great my friend with all smiles. His reply, "what are you doing here?” my reply, "likewise?" So he tells me he is having work down to his Audi, and asks if I have some time...? Now, I was in town to do a little business with my goals set on King Corona, I said, "sure let’s go." We hop in the car go about three or four blocks up 7th Avenue to the La Herencia De Cuba shop. As we entered we were greeted in Spanish by Abraham Ramirez, presidente of La Herencia De Cuba and the son of Roberto Ramirez, (Master Torcedor). I met Mr. Ramirez, very traditional Cuban gentlemen with deep history and tradition set in his eyes, both men so gracious, so welcoming and the younger acting as the interpreter between his father and myself. Abraham speaks of him with great pride and very deserving Mr. Ramirez the son of Domingo Ramirez, a tobacco farmer from Cuba with Spanish decent his son Roberto would go onto become a Master and responsible for supervising over 500 rollers in some of the most well known tabacelra's in the world. 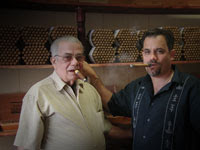 Roberto Martinez & son Abraham Martinez in their shop on 7th Ave.
Ybor City, La Herencia De Cuba Cigars
This is why I love this job, I am talking business with some of the greatest names in the cigar industry, and I sat with Oscar talking sponsorship for the show with over 100 years of cigar making tradition in one room. I sat there wishing my Spanish was better; I wanted to sit down with Mr. Ramirez and ask him a million questions... Now I have a big task my friends, through the show will try and tell the tale of this great Spanish-Cuban family and the wonderful cigars they create
La Herencia De Cuba website
Posted by CigaRobbie Streitz at 1:33 PM No comments:

Last week Sammy and I inked a deal that will make the CigaRobbie Program heard in six states through the southeast. Moving the show to WTAN 1340 AM with affiliates WDCF 1350 AM, WZHR 1400 AM, and 50,000 watt powerhouse out of Little Rock AR KLRG 880 AM, brings the show to a new level.

Besides the move which allows us to produce the show in a new studio we  will also have a two hour format every Saturday from 3 to 5 pm EST. The show's great success in a short period of time has allowed for such growth. You the listener has propelled us to this level and we are doing everything we can to make sure we get great information to you!

With our commitment to existing sponsors: Maduro's Cigar & Bar, and CheapHumidors.com we'll be bringing on some new sponsors in the Tampa market. I don't want to take on to many and clutter the show with all ad's, but I need to cover some additional growth expenses. I try to make myself the best spokesperson I can for each and everyone of them and want to keep it more about you the listener and the cigars. This two hours helps us with that goal, knowing all to well the one hour just was not cutting it!
Posted by CigaRobbie Streitz at 11:52 PM No comments:

Ybor City, (pronounced EE-borh), founded in the 1880’s, with its accessible port, and railway locations it attracted the attention of prominent Spanish born cigar manufacturer Vicente Martinez Ybor. It was first the discovery of Don Gavino Gutierrez, a New York civil engineer also of Spanish decent in search for “guavas” for a canning into a jelly which was becoming a craze in the northeast. Even though the 40 acre parcel of swamp and scrub Mr. Gutierrez, saw it industrial possibilities of something much more than canning jelly. He quickly relayed the information to his cigar manufacturing friend. Vicente would travel to the palmetto ridden area north of Tampa to purchase it.
First order of business for the industrialist to connect the harden area between Tampa City and his newest creation by rail (El tren, urbano) was created and would run: “often!” Soon to be the Cigar Capital of the World and an early century moniker of being the finest Cuban cigars in the world. With tobacco picked in Pinar del Rio and shipped directly to the tiny port of Tampa for production, in its day with over 200 cigar factories, employing over 12,000 cigar makers (Tabaqueros), and producing over 700-million cigars. Ybor City was incorporated into the City of Tampa in 1887, becoming a staging ground for the Cuban Revolution after the Spanish sunk the USS Main in the tiny harbor of Havana. Enticed by the hearty nightlife of card rooms, brothels, bolita games (Cuban version of Powerball), and active commerce Teddy Roosevelt stationed with his “Rough Riders” and rumored to have enjoyed all the Ybor accommodations.
If you look deep enough you can still see the brick streets, concrete pavers, old fashioned cast iron street lamps, aligned handmade wrought iron balconies and ornamental tile work makes this place a walk in time. Walking through Centennial Park bordered by canopied oaks and statues of predominate business leaders of Ybor City, there is one statue that stands out the most; The Immigrant Statue, depicting a young Hispanic family exiled or having escaped a oppressing regime and finding solace, gainful employment and workers housing. 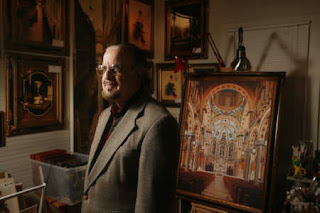 Must see’s if traveling to Ybor City today; Artist Arnold Martinez, a blue collar son of a cigar roller (torcedor), who will warmly greet you at the door of his historic studio and immediately poor his long time history and experience of the city he is proud to call home. He will take you on a historic tour through each one of his paintings hanging on his wall, so proud you feel as though he really does not want to part with them, you get the sense it’s much more than connection with people than actually mass producing artwork. His paintings may have a unique appearance, that’s because some of them are created with such mediums as: tobacco, Cuban coffee, tea and wood.
Since 1982, the Ybor City Museum Society that serves as the experts to the legacy those 40 acres has meant to our history. Exhibits, programming, educational tours, combined with cultural and historical resources are for you to explore…
Posted by CigaRobbie Streitz at 10:23 AM 1 comment: 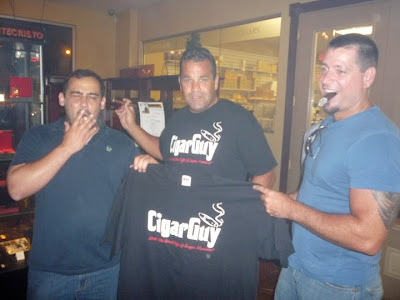 Read more »
Posted by CigaRobbie Streitz at 2:43 PM No comments:

My Day in Ybor!

Walking down 7th Avenue in the heart of Ybor City, a.k.a. The Cigar City! It's like you’re walking back in time, other than the modern cars passing you by you would think you’re in the turn of the century. Pretty Cuban senorita's walking pass with huge smiles, the constant wafting summer smells of a city so steeped in heritage and tradition to any other place in this country. I smelled Cuban coffee, pastries, and cigars! Oh wait that was me I'm smoking a Fuentes Opus X, just cause I'm here. 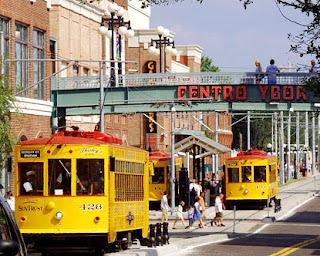 I read The Cigar Maker, written by Mark Carlos McGinty in the middle of Centennial Park as the locals would brush by me every so often to make sure I was not an outsider. To them I was an outsider, but the funny thing as a budding aficionado, and just armed with enough of Ybor City history to be dangerous, they seem to me to be the outsider. One man even came up to me as I smoked my local stogie and told me, "Those things will kill you." My reply, "Everything will kill you." I did meet two very interesting gentlemen... both meaning so much to the rich heritage of cigars and Ybor: Wallace Reyes, yes that name rings a bell you cigar geeks! He is the man who is legendary in Ybor; you may know him of his Guinness Book of World Records, longest cigar. The other kindly local was Wally's good friend and local born artist Arnold Martinez, you may know his name as the artist who uses such mediums as tobacco leaves, Cuban coffee, tea and acrylics.

What a day my friends, I would look for both of these men to be guest on the CigaRobbie Radio Program! I know tomorrow I will be smoking one of Wally's personally rolled cigars a Bazarte, with a rich deep maduro wrapper the size was recommended to me by another local working at the museum store: torpedo and I can't wait to light this treasure and tell you about it on the air. Really thinking of making this a regular trip, well you know for the history part of it!

Becoming one of the most popular guests of the CigaRobbie Radio Program, CigaRobbie's dad who provides great insight on: well, nothing! Will be called and see what cigars he has smoked since the last time he was on? 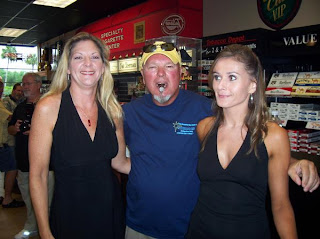 I will wish him a happy fathers day and see if he has been on the http://www.cheaphumidors.com/ site to purchase great cigars and by using his son's C-I-G-A-R-O-B-B-I-E code and get an extra 10% off his purchase!
Posted by CigaRobbie Streitz at 8:04 PM No comments:

Donate Cigar to our Troops! 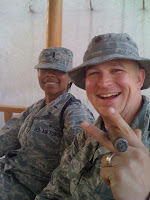 CigaRobbie & you supporting our troops!

Become an Sponsor of the CigaRobbie Radio Program!

Do you want to direct market to the cigar industry? Are you looking for more than advertisment but a popular, professional yet fun spokesperson for your product?

Well the answer is simple, the CigaRobbie Radio Program is the most direct and affordable advertisment partnership you will ever find.

CigaRobbie, is a direct employee of your company reaching out to thousand every Saturday afternoon on your best behalf. We offer the best possible solutions for your business or product. We assess each opportunity and provide sensible answers.

CigaRobbie Streitz
Sarasota, Florida, United States
Hear me every Saturday afteroon from 3-5 pm EST, on WTAN Radio 1340 AM / 880 AM in Little Rock AR or online at: www.tantalk1340.com 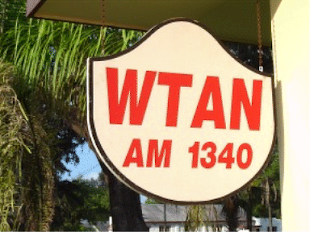 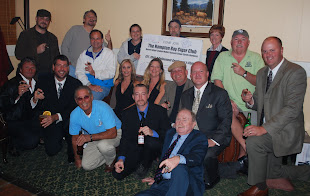 want to feature your cigar club on the show? 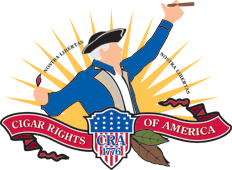